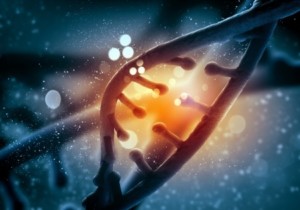 word are debating the scientific and ethical possibilities of using powerful gene editing tools, such as the CRISPR/Cas9 system, to treat heritable diseases in human embryos. In 1987, the discovery of Clustered Regularly Interspaced Short Palindromic Repeats (CRISPR)/CRISPR-associated (Cas) genes in single celled prokaryotic systems revolutionized genetic engineering. Initially thought to be sequences of structural significance only, their true potential was only discovered after observing that bacteria used these sequences to mark newly incorporated foreign (usually viral) DNA within their genomes.  Using this tagging system, bacteria were able to easily identify and destroy attacking viral strains. In other words, these short palindromic repeats acted as a kind of primitive immune system rendering viral resistance properties to bacteria.

Post 2000, a number of advances in recombinant DNA technology has enabled scientists to develop the means to use CRISPR sequences to edit mammalian genomes. This resulted in the establishment of the CRISPR/Cas9 genome editing system. This gene editing tool kit comprises of a short guide RNA (gRNA) sequence, a DNA specific CRISPR RNA (crRNA) sequence and the Cas9 protein. The gRNA sequence is a partially conserved palindromic sequence, which directs the Cas9 protein to a specific location in the genome. This step brings about a double strand break in the genomic DNA, disrupting the targeted gene segment. The DNA-specific crRNA is then used to edit the target sequence; this may involve a deletion, an insertion or a replacement of oligonucleotide sequences. The nuclease protein Cas9 facilitates the gene replacement phenomenon via homologous recombination. In special cases, components such as trans-activating CRISPR RNA (trRNA) are also added to the mix to assist the gene editing process.

Over the years, a number of modifications and advancements in this technology have made it into a robust genetic engineering tool, facilitating unprecedented ease in gene manipulation. Therefore, at this stage, questions regarding the safety and ethical feasibility of the use of this technology to the human healthcare system plague the scientific community.

In theory, gene editing tools offer the promise of being able to eradicate degenerative and fatal heritable diseases at the embryonic stage of development. This could altogether nullify the possibility of anyone suffering from congenital diseases. The benefits of this technology are not restricted to one generation only; the replacement of a faulty gene, which is responsible for a particular disease, ensures that the cause is not passed on to subsequent generations. In other words, such procedures theoretically guarantee the eradication of the disease from its root cause.

Despite the extraordinary benefits of this technology, a number of ethical concerns prevent its implementation in humans. Conceptually, the possibility of accidental gene modifications leading to unintended adverse phenotypic manifestations continues to be a medical nightmare. Also, there is increasing concern regarding the possibility of genetic classism in future. What this means is that the ability to manipulate the genome may prompt the introduction or elimination of genetic traits for non-medical purposes as well. In other words, mankind may be tempted to customize their progeny to theoretically create a class of genetically superior humans. Such distinctions within the species may plunge the human race into social conflict and strike a massive blow on the emerging concept of equality by reintroducing class separations once again.

Regulatory bodies across the globe have conflicting opinions regarding the use of this technology. From being considered a criminal offence in some countries, to other places where it is merely a scientific experiment having no moral consequences irrespective of the outcome.

It took a long time for in vitro fertilization to be accepted as a mainstream medical tool. So is the case for any medical innovation applicable to humans. Genome modification is undoubtedly a blessing for a number of reasons. It is possible to believe that with global cooperation and the right set of regulatory guidelines (given their proper enforcement), germline modifications for medical purposes may become a routine medical procedure in the near future.