The presented data demonstrated that Femtogenix’s reduced potency payload has a favorable toxicity profile in rats, potent in vivo efficacy (MED < 1 mg/kg), and improved tolerability (MTD of 40 mg/kg) in solid tumor models when conjugated to antibodies. Its toxicity profile and the wide therapeutic window are coupled with the ability to increase the drug-antibody ratio (DAR) beyond the traditional limit of two, for increased conjugation to antibodies.

The data is being presented at AACR-NCI-EORTC International Conference on Molecular Targets and Cancer Therapeutics, Boston, USA.

As per a recent market research report by Roots Analysis, in the ADCs clinical pipeline, Auristatin has emerged as the most frequently used payload. Other prominent types of payloads are maytansinoid and PBD, which are part of 20% and 11% of the drugs, respectively. 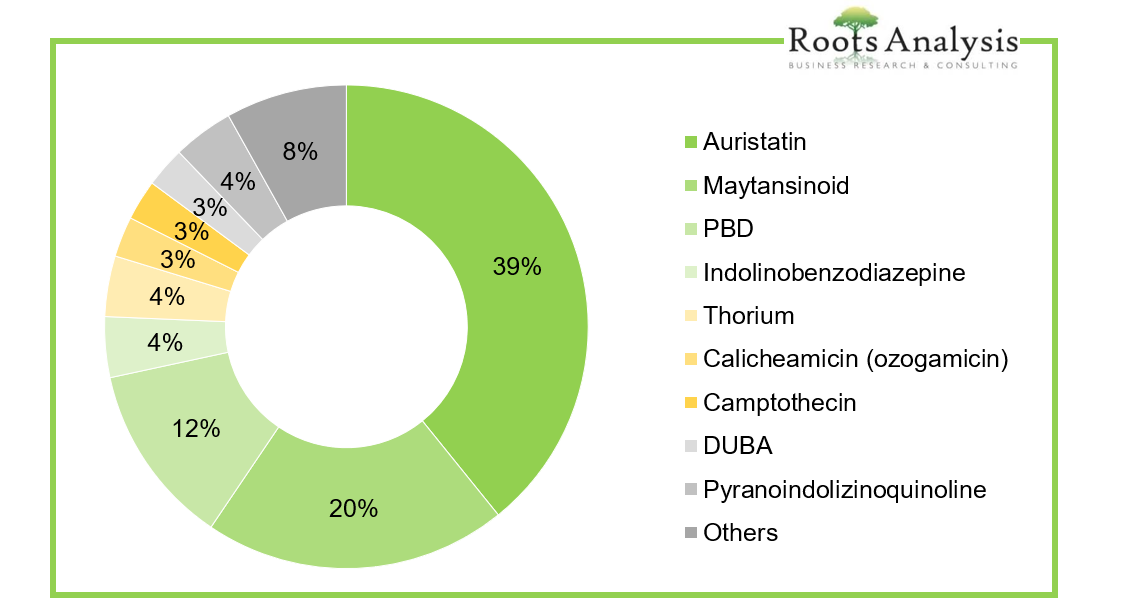 Overall, the ADC therapeutics market is projected to be close to $15 billion by 2030. To get more insights into the ADCs development pipeline, check out the detailed report here.