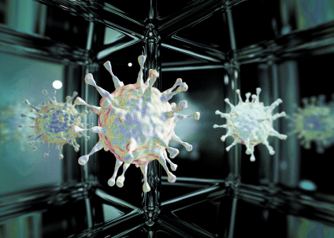 The rise in the popularity of cell and gene therapies has been widely talked about in recent years. The rise in this popularity has come with its own challenges, a number of which were identified in a recent report by Root Analysis. The challenges vary from the high cost of manufacturing to low capacity. In fact, the Roots Analysis team interviewed several stakeholders to understand their perspective about the key challenges in the vector manufacturing market. The key points from the interviews have been highlighted in this article. In the figure, I have added some of these challenges: 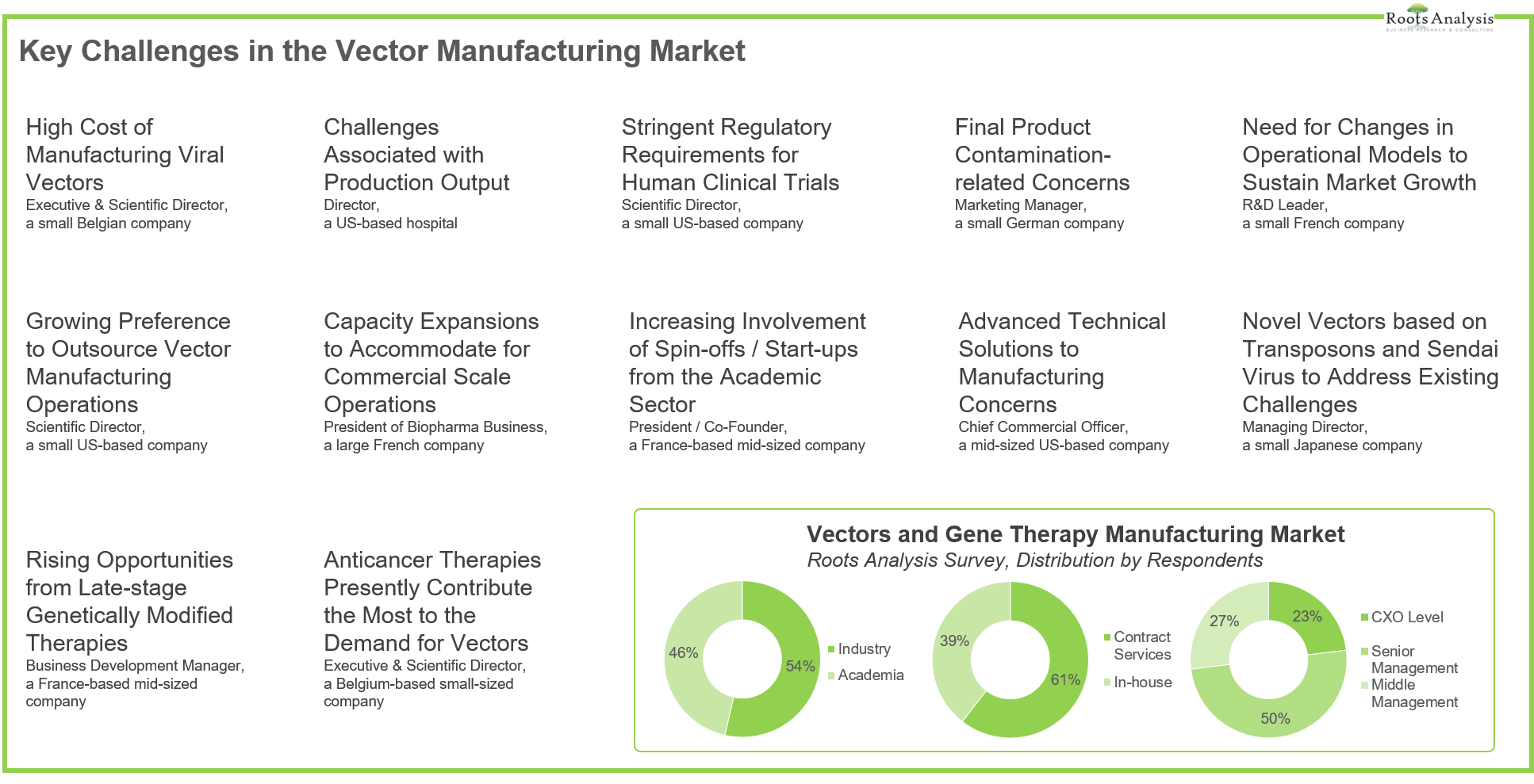 Capacity constraints remain a key challenge and have been talked about quite actively. In fact, we have seen several players invest heavily in enhancing their vector manufacturing capacity. However, one other area that has silently emerged as a potentially hot topic is the novel vectors (beyond traditional AAV vectors).

Currently, the vector manufacturing market is dominated by viral vectors, such as those based on AAV, adenovirus, lentivirus, and retrovirus. However, certain non-viral vectors, such as plasmid DNA, also hold a considerable share. Roots Analysis, in their report, talked about the rise of these non-viral vectors and identified the key emerging vectors types. Some of the vectors highlighted in the report are – alphavirus, Anc80 vector, B. longum, Listeria monocytogenes, minicircle DNA, myxoma virus, Sendai virus, self-complementary vectors (which are essentially improved versions of AAV vectors) Sleeping Beauty transposon-based non-viral vectors, and Vaccinia virus-based vectors.

In fact, several players in the biopharmaceutical industry have already begun using some of the novel vector types mentioned above for the development of their respective pipeline therapy candidates. A few of the players involved in the novel vectors space are highlighted below:

The stakeholders interviewed by Roots Analysis agreed to the rising demand for novel vector types. Here are the excerpts from some of the interviews:

“We believe that a few novel vectors, having low immunogenicities and targeting different cell types, are likely to soon be introduced into the market.  I am also aware of companies that are researching different (better) versions of adeno-associated viral vectors.” – Executive & Scientific Officer, A small-sized company based in Belgium

“We have worked with a couple of transposons and the Vaccinia viruses as vectors, the latter cannot exactly be regarded as a novel approach. I believe, transposons and Sendai virus are the only novel vector systems that are likely to soon become popular.” – Managing Director, A management consulting firm for regenerative medicines based in Japan

“To overcome the challenges associated with the production of contaminant free final product using conventional plasmids, we are developing a minicircle DNA vector, which are devoid of antibiotic resistance genes and prokaryotic plasmid components, which are crucial for the replication of constructs in bacteria.” – Project Manager and Marketing Manager, a small-sized company based in Germany

To know more about the vector manufacturing market, check out the report here.