Biologics, often referred to as biopharmaceuticals or large molecules, are manufactured in the biological system, such as microorganisms, plants, or animal cells. Biologics represent one of the fastest growing segments of the pharmaceutical industry. This can be attributed to the rapid pace of innovation in this field, driven by the need for effective and personalized
Read More

Biomarkers or biological markers are distinctive physiological features in an individual, which can be detected and quantified in order to gain insights about health and disease. On the other hand, digital biomarkers are defined as digital means that are employed to collect data about these unique biomarkers. These are combination of hardware and software features,
Read More 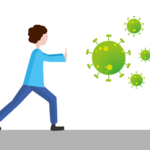 Messenger RNA (mRNA) is a single-stranded molecule, which is complementary to the DNA strands of a gene. It plays a prominent role in the process of protein synthesis, wherein mRNA is responsible for transferring genetic information from DNA to ribosomes, a specialized structure, or organelle, which decodes genetic information into a protein. In the last
Read More 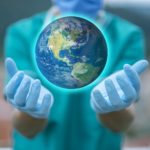