Skip to content
HomeOncologyCancer Stem Cells: A Step Closer to the Cure

The discovery of cancer stems c 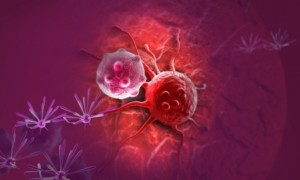 ells (CSCs) may have revolutionized the field of cancer research in a manner similar to how the “germ theory of disease” altered the way medical science looked maladies in general.  Before the germ theory, disease and sicknesses were attributed to be manifestations of bad omens and evil spirits. The discovery of pathogens and how they cause diseases enabled scientists and medical professionals to develop more effective therapies by targeting the specific causative agent. Similarly, modern research probing into the origins of cancer, has identified CSCs as the main cell population driving tumor initiation, propagation, metastasis and recurrence.

For years, oncologists and cancer researchers have known that at later stages cancer cells tend to assume a more primitive state; stage 4 cancer cells becoming strikingly similar to stem cells. This lack of differentiation markers makes such cells all the more difficult to target and selectively eliminate. The concept of a population of stem-like cells being responsible for tumor initiation and propagation was perceived early in the 21st century. There is still a lot of debate in the scientific community about the origin of CSCs; whether they are transformed stem cells or dedifferentiated cancer cells. Regardless, but their role as the cause of the disease remains largely unchallenged.

The frequent failure to eradicate advanced cancers using existing cancer therapies have been attributed to CSCs that are able to actively resist all forms of therapy. According to recent studies, a single CSC has the potential to recapitulate the entire heterogeneous tumor population. Therefore, after surgical removal, any remaining CSCs can cause the tumor to relapse. The over expression of multidrug efflux pumps, such as MDR1, MDR2 and other ABC cassette proteins, and anti-apoptotic proteins prevents systemic chemotherapy from eliminating this population of cells. Due to their ability to regenerate the entire tumor from as much as a single cell, CSCs are also thought to be the key mediators of the metastatic process. They are known to possess enhanced DNA repair mechanisms that enable them to even evade radiotherapy. Given all these facts, theoretically, a systemic therapy targeting only this particular population of cells could be the potential cure for cancer.

Currently, CSCs are identified based on the presence of certain stem cell markers on the surface of mature transformed cells. Abnormally expressed markers, including CD44, CD61, CD133, aldehyde dehydrogenase (ALDH) and others, distinguish CSC populations from the bulk tumor.

With the recent success of chimeric antigen receptor based T cell (CAR-T) therapies it is possible to hypothesize the possibility of such a therapy made to target CSCs. Conferring antibody-like specificity against CSC markers to cytotoxic T cells may turn out to be an ideal therapy against both benign and metastatic cancers with almost negligible side effects. Such a therapy will not only be able to shrink benign tumors, but also eliminate the circulating tumor population and metastasized secondary tumors as well. Moreover, systemic removal of the CSC population, theoretically, means the elimination of the root of the disease and hence, the cancer itself.

However, there are a number of challenges associated with designing CSC targeted therapies. The major threat is related to the fate of normal stem cells, which may also be eliminated as a consequence of such a therapy. In addition, therapy developers also need to figure out ways to overcome the innate drug resistance capabilities and relatively slow cell kinetics that make these cells immune to all forms of chemotherapy. Therefore, a detailed molecular understanding of CSCs and their cellular mechanisms is still required before an effective CSC based therapy can be successfully developed.