The self-injection devices market is currently characterized by the presence of a myriad of advanced and innovative drug delivery solutions, equipped with a variety of user-friendly features. Notable examples of such products include prefilled syringes, reusable and disposable pen injectors, autoinjectors and large volume wearable injectors. Large volume wearable injectors are capable of drug delivery primarily via the subcutaneous route and have become a preferred choice for administration of drugs in the home-care setting. Variants of these wearable devices have been designed to administer highly viscous drugs (such as most biologics) in large volumes (more than 1 ml), offering numerous benefits, such as ease-of-use, reduced chances of dosing-related errors, integrated safety mechanisms, and an almost negligible risk of needlestick injuries. It is worth highlighting that such devices have captured the interest of several stakeholders in this industry to deliver various insulin and non-insulin drugs. 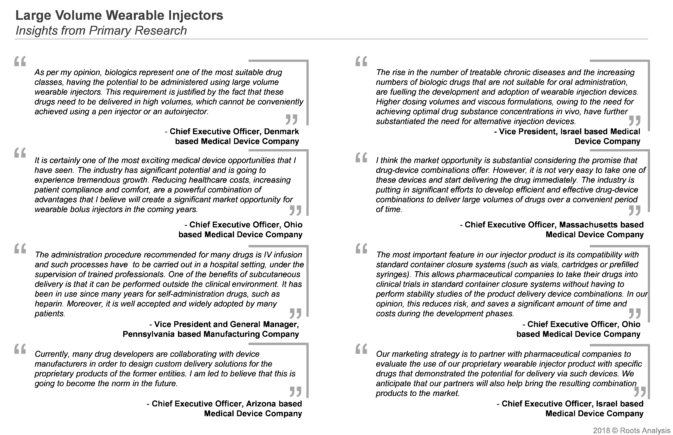 Many companies have undertaken diverse initiatives to develop self-injection devices for convenient, patient-friendly delivery of drugs 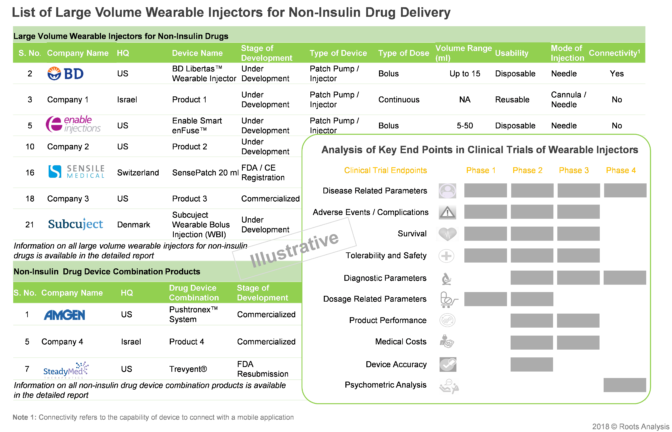 Several devices are currently under development; of these, a significant proportion are designed to administer relatively high drug volumes in bolus or continuous doses 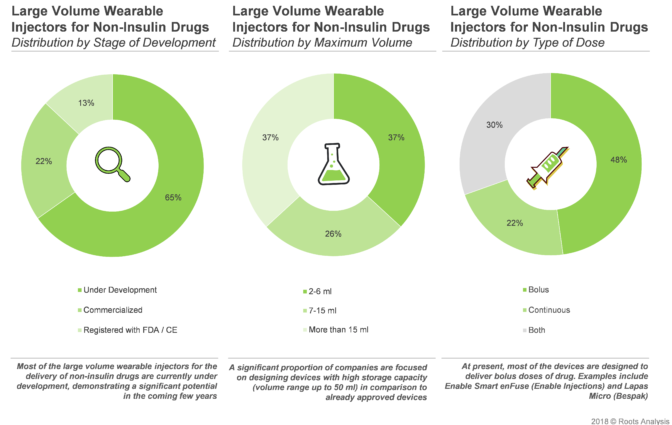 In fact, companies developing devices for insulin delivery have already established a strong position in this domain 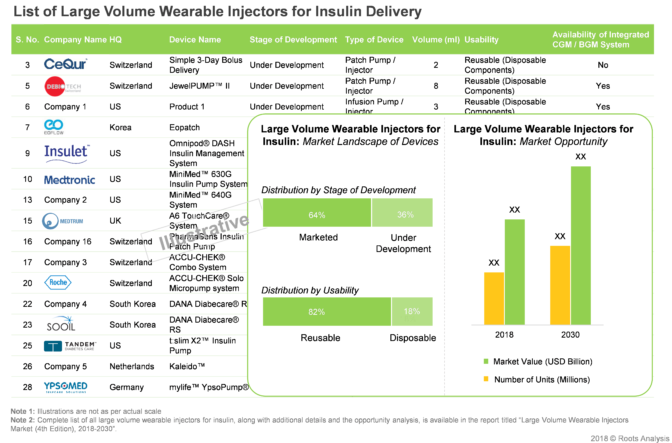 The benefits of large volume wearable injectors for delivery of insulin are evident across social media platforms, such as Twitter 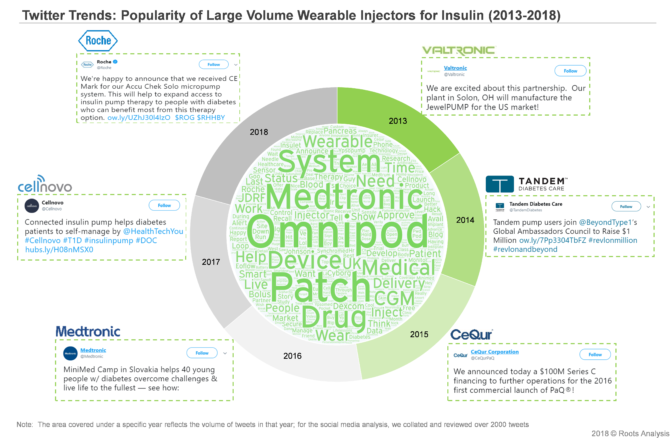 In order to achieve a competitive edge, device developers continue to invest in incorporating advanced features in proprietary products to further strengthen their product portfolios 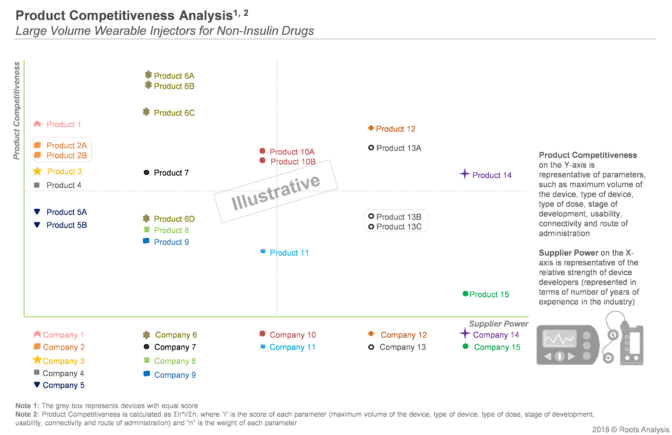 Outsourcing is a popular trend; presently, there are several CMOs across the world capable of producing delivery devices and their components 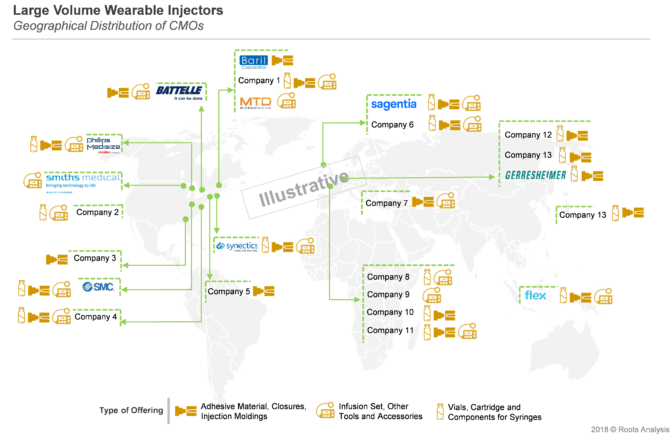 Over the years, more than 2,000 patents have been granted / filed related to large volume wearable injectors, demonstrating the heightened pace of research in this domain 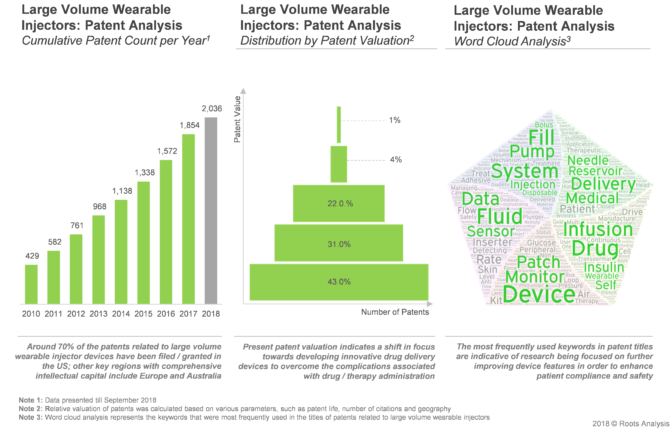 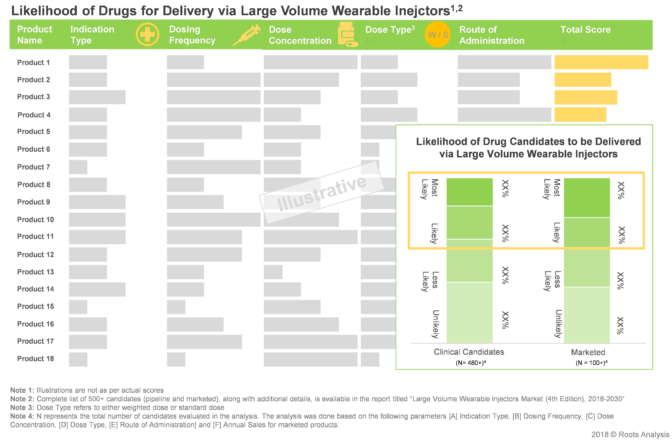 Given the increasing incidence of chronic conditions and the growing pipeline of drugs, the market for wearable injectors is poised to grow at a CAGR of ~40% till 2030 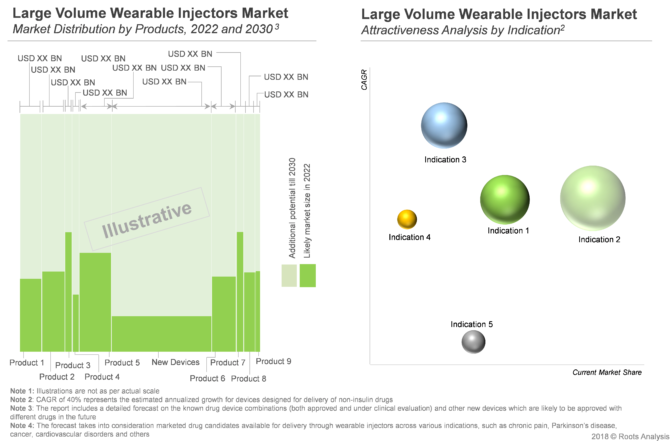 Primarily centered in the developed regions, the long term opportunity is likely to be distributed across different devices based on their type and usability 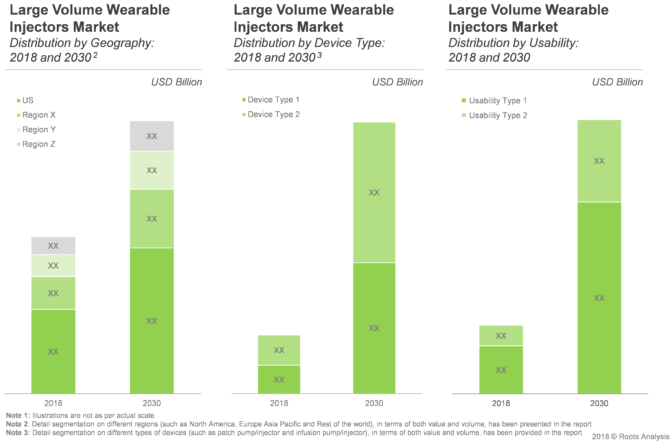