Researchers at Northwestern Medicine have discovered a new phenomenon in the brain that could explain the development of early stages of neurodegeneration seen in diseases such as ALS, which affects voluntary muscle movement such as walking and talking Mitoautophagy.

What is the discovery: The researchers have invented a new term to describe the discovery: Mitoautophagy, a collection of self-destructive mitochondria in diseased upper motor neurons of the brain that begin to disintegrate from within at a very early age.

How was the discovery made: The researchers discovered the phenomena using a process called immuno-coupled electron microscopy. They investigated the cellular events that go wrong inside the neurons that become vulnerable to disease. After analyzing more than 200 neurons, they observed the self-destruction of mitochondria only in the diseased neurons, and especially within the context of TDP-43 pathology, which is seen in more than 90 percent of ALS cases. The study analyzed mitochondria in the upper motor neurons of three different mouse models of ALS at only 15 days old — equivalent to a toddler in humans.

Why is the discovery so important: Mitochondria are powerhouses of the cell that create and maintain energy in the cells. In the diseased upper motor neurons, mitochondria self-destruct first by elongating, then forming a ring-like structure, until they finally disintegrate from the inside out. It is a type of degeneration never been seen before, and it is different from previously described stages of mitochondrial degeneration.

Check out the detailed summary here.

What other diseases are associated with mitochondria: There are a number of mitochondrial diseases. These are generally characterized by chronic, genetic and progressive medical symptoms that arise due to inherited or spontaneous mutations in mitochondrial DNA (a small, circular, double-stranded with ~16,500 base pairs that exist outside of the nucleus), or in some cases, nuclear DNA, which adversely alters the function of mitochondria. Such clinical conditions are rare and are known to affect multiple parts of the body, including neurons and nerves, kidneys, heart, liver, eyes, ears, and pancreas. Some of the diseases that are caused due to mutations in mitochondrial DNA are: 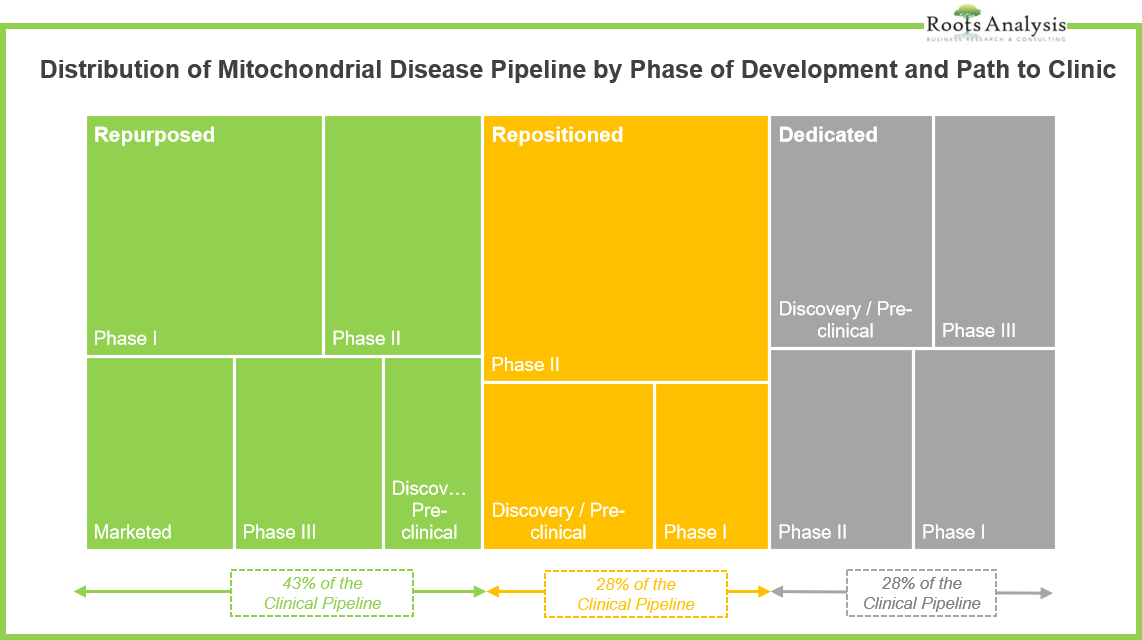 For more details about the growing field of mitochondrial therapies market, check out the detailed report here.