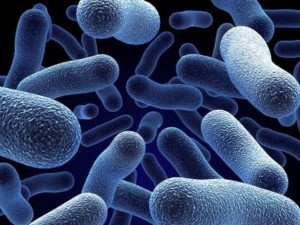 The Centers for Disease Control and Prevention (CDC) estimates that over two million  people suffer from life threatening infections caused by drug resistant strains of bacteria every year, in the US. According to a report published in the UK, the global death toll due to the current ADR crisis is likely to reach as high as 10 million by 2050. This number crosses the threshold estimates for cancer as well. In light of the given statistic, the question arises, can a simple bacterial infection prove to be more fatal than cancer? The answer may be a firm yes, since before the introduction fdantibiotics a significant proportion of hospitalized patients died due to infections. At that time, a simple cut or skin abrasion, if infected, could prove to be fatal. The discovery of penicillin in 1928 brought about a revolution in the healthcare industry. According to one source, in the period between 1944 and 1972, the average life expectancy increased by 8 years. This was largely attributed to the introduction of antibiotics. The impact was so significant that in 1969, the US Surgeon General, Dr. William Steward, actually told the US Congress that it was time to, “….close the books on infectious diseases.”

Antibiotic resistant strains of bacteria were first observed as early as the 1950s, when antibiotics were still a new concept. Up to the 1960s, the threats related to ADR were considered as negligible. Towards the later half of the 1960s, no new classes of antibiotics were being developed, instead, the focus of researchers had shifted to the modification of existing products. By the 1970s, resistant strains of bacterial pathogens that were known to cause pneumonia and other venereal diseases had emerged.

Given the rapid pace at which drug resistant bacterial strains are emerging worldwide, antibacterial drug resistance (ADR) has emerged as a serious threat to global heath. Partly associated with overuse of antibiotics and poor patient compliance, ADR continues to impose a substantial clinical and financial burden on the global pharmaceutical industry. According to one particular source, the total economic burden on the US economy by infections caused by antibiotic-resistant bacteria has been estimated to be as high as USD 20 billion in health care costs and USD 35 billion a year in lost productivity. Currently, even blockbuster antibiotics, such as vancomycin, gentamycin, methicillin and daptomycin, have been rendered ineffective against many strains of Antibiotic bacteria.

In order to assess the level of threat imposed by individual bacterial strains, various systems of classification have been designed. According to the IDSA, the most potent and potentially lethal strains of superbugs are classified as ESKAPE pathogens. These include drug-resistant strains of Enterococcus faecium, Staphylococcus aureus, Klebsiella pneumoniae, Acinetobacter baumanii, Pseudomonas aeruginosa and Enterobacter species. It is worth highlighting that currently, nearly 60% of Staphylococcus aureus isolates derived from patients in intensive care units (ICUs) in hospitals in the US, are reported to be methicillin-resistant Staphylococcus aureus (MRSA). MRSA is known to be a cause of several types of infections, such as acute bacterial skin and skin structure infections (ABSSSIs), hospital acquired pneumonia (HAP), ventilator acquired pneumonia (VAP) and community acquired pneumonia (CAP). Similarly, the CDC has developed its own system of classifying such drug-resistant pathogens. Under this system of classification, the most deadly species appear under the urgent threats category. These primarily include microbes that require closer monitoring and immediate attention. A classic example of such a strain is Clostridium difficile. In the US, nearly 700,000 new cases of Clostridium difficile infections (CDI) are reported every year. According to several studies conducted in the US, Canada and Europe, the incidence of CDIs has increased by two to four fold in the past ten years. The pharmaceutical industry currently lacks effective treatment options to combat this particular strain of bacteria, resulting in a significant unmet need in this domain.

Towards the end of 1999, a new class of antibiotics, called oxazolidinones, were introduced. These were the first molecules that were found to be effective against multi-drug resistant strains of bacteria. Lately, several industry players, government agencies and regulatory authorities have undertaken various initiatives to combat ADR. Regional governments have amended their existing action plans and started several programs to facilitate R&D activities and expedite regulatory pathways for new generation drugs in order to address the challenges associated with antibiotic resistance. In addition, a number of novel drug classes, such as nanometals and bacterial biofilm disrupting agents, are also being developed to combat ADR. While the industry is actively striving to develop effective treatment options, it is critical that the patients are made aware of the importance of compliance to prescribed therapeutic regimens and the dangers of self-prescription.