Skip to content
HomeGeneralTrends in Human Health Management: A Journey through Time

According to classical Gr 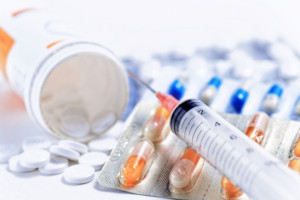 eek mythology, Human Health were initially a race of children free from all forms of maladies and sorrow. In order to punish them for some error, the gods sent a girl, named Pandora, with a sealed box that she was forbidden to open. Curiosity caused Pandora to open the box, setting free all forms of sickness and strife on mankind. Soon after, humans started suffering from various illnesses and began to age and die.

There is no concrete proof of a prehistoric utopia, free from such adversities. Literary and archaeological evidences suggest that diseases have plagued living organisms since the beginning of time. Initially, man was unaware of the causes of sickness and attributed them to be associated with demons and bad omens. Whether it was a common cold or a genetic disease, prayers and sacrifices to the gods were the only hope of a remedy at such times. It is possible that the legend of Big Foot may be based on an unfortunate person suffering from elephantiasis or gigantism or some other genetic predisposition that would have rendered him abnormal. In those days, such persons were considered as abominations and shunned from society.  Today, the monster Big Foot could have easily be treated and allowed to remain as an acceptable member of society despite his condition.

Over time, man discovered ways to ameliorate certain illnesses using primitive pharmacological interventions made mostly from herbs. A number of ancient medicine men were able to characterize and treat various ailments using such remedies. It is interesting to note that the use of antibiotics dates back to the Egyptian civilization. Medicine men in ancient Egypt were known to use bread molds to treat a number of different types of sicknesses. The famous Indian physician, Sushruta, wrote the Sushruta Samhita, a medical guide that contains descriptions of approximately 1120 illnesses, 700 medicinal plants, 64 medicinal preparations from mineral sources and 57 therapeutic preparations from animal sources. It also talks about primitive surgery and anesthetic techniques.

The germ theory of disease proposed by Robert Koch revolutionized man’s understanding of the cause of diseases. Over the next few decades, the identification of various pathogenic strains of microorganisms validated Koch’s assumptions and led to the development of more specific forms of therapy. Modern pharmaceuticals are derived from sources similar to the ones used by ancient physicians. Alexander Fleming’s serendipitous discovery of the bactericidal effects of the mold, Penicillium notatum, paved the way for antibiotics. However, advances in chemical sciences have enabled the identification and isolation of active chemical entities that mediate therapeutic biological effects. Further, developments in chemical synthesis technologies have enabled the generation of more potent analogues of such active molecules having more pronounced physiological effects. Despite the widespread success of such interventions, certain limitations and drawbacks necessitated further research to develop better alternatives.

Edward Jenner’s breakthrough method of preventing small pox ushered in the era of preventive medicine. Later, contributions by Joseph Lister and Louis Pasteur laid the foundations of immunology and vaccinology. The science of vaccinology has evolved significantly since Jenner’s discovery. Apart from being used in the traditional sense, for preventive purposes, novel vaccines have been developed for therapeutic use as well. A number of chronic degenerative conditions, such as cancer, are also being addressed using vaccines.

The relatively recent introduction of biopharmaceuticals greatly augmented the role of the modern pharmaceutical industry. Such interventions involve the use of living organisms and organic material for therapy. The development and production of such therapeutic interventions is also mostly environment friendly. Advances in genetic engineering and biomanufacturing techniques have facilitated the development of a myriad of different types of biopharmaceuticals, each with their own unique set of advantages.

All in all, the pharmaceutical industry today is much different from what it was a century ago. However, it is safe to assume that it is growing at a much faster pace than ever before. If we were to compare the current average life expectancy to what it was in the early 20th century and we can clearly see the difference. Given the current trends, it is safe to speculate the establishment of a utopia state in the foreseen future, where all diseases and ailments are either fully eradicated or 100% curable.