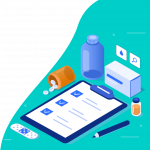 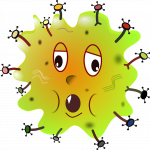 On November 1, 2019, Avacta Group and ADC Therapeutics have announced a collaboration agreement for the development of novel drug candidates. What is the objective of the collaboration: The partnership will aim at the development of drugs combining ADC Therapeutics’ pyrrolobenzodiazepine-based cytotoxic warheads with Avacta’s Affimer targeting platform. What are the financial terms of the agreement: The detailed
Read More

On October 31, 2019, Daiichi Sankyo and Sarah Cannon Research Institute announced the dosing of the first patient in a first-in-human phase 1/2 study (NCT04145622) evaluating DS-7300. What is DS-7300: DS-7300 is an investigational B7-H3 targeting antibody-drug conjugate (ADC). What is B7-H3: It is a Type I transmembrane protein belonging to the B7 family, which includes immune checkpoint
Read More